Kaleo's Auvi-Q (Adrenaline Autoinjector) - a dose of 100mcg intramuscular injection has been approved by the US (FDA) for use in infants and toddlers between 7.5 - 15 kg for anaphylaxis 👍.

it has a shorter needle than the previously approved 150 mcg and 300mcg adrenaline auto injector pens.

when this arrives in the UAE remains to be seen !!!

Parents often ask me when to introduce peanut in their child's diet? 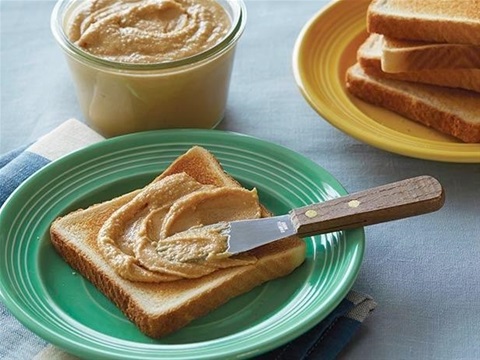 We have to thank researchers for finally giving us a headway into what to say with the backing of good evidence based medicine.

Till a few years ago, a widely acceptable practise was to introduce peanut as late as 4-5 years of life. This has been QUASHED hands down by the latest research (LEAP TRIAL-Learning Early About Peanut Allergy) done in the Kings College London Hospital,UK.

Bring in the new era ushered in post (LEAP TRIAL) and Allergists like myself can tell parents with some ground breaking research that(as in the words of Prof Gideon Lack who led this trial) :

It has been shown in the LEAP TRIAL that infants who had peanut introduced early on in life (at the time of weaning -around 6 months of age), had a dramatic decrease in the risk of developing peanut allergy (70 - 80% lower risk) as compared to children who did not have any peanut till around 5 years of life.

CAUTION -
1) Infants should not be fed whole peanuts because of the risk of choking.
2) LEAP trial is not a treatment or a cure for existing peanut allergy in children.

Summary - early dietary exposure to peanut allergen was shown to promote the development of tolerance to peanuts by the child’s developing immune system and is highly effective in preventing allergic reactions to peanuts in later life for children with eczema and/or egg allergy.

Peanut Allergies Up 21% in USA; Black Children Have Twice the Risk 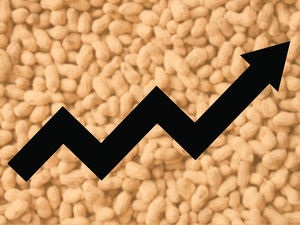 For a long time it was hypothesised that food allergies did'nt effect minorities (in the USA).

In a recent American study presented at the American College of Allergy, Asthma & Immunology (ACAAI) 2017 Annual Scientific Meeting. Peanut allergies in children have risen 21% since 2010, according to data from a national survey of 53,000 families.

The prevalence of children with peanut allergy — the most common food allergy in children in the United States has increased— to 2.5%.
The data also suggest that the risk for peanut allergy in black children might be twice that in white children (odds ratio, 2.0; P <>

Peanut, Egg and Wheat to be included in weaning

The link attached below gives the outcome from Australian Infant Feeding Summit 2017 . Its a really useful update on introducing foods in infants at the time of weaning :

When your infant is ready, at around 6 months, but not before 4 months, start to introduce a variety of solid foods, starting with iron-rich foods, while continuing breast-feeding. All infants should be given allergenic solid foods including peanut butter, cooked egg, dairy, and wheat products in the first year of life. This includes infants at high risk of allergy.

Can I have a flu vaccine if I have an Egg Allergy?

Winter time is the time when Flu virus is most prevalent. This question has increaingly crept up in my discussions with parents of children having an egg allergy, during this time of the year.

Most types of influenza vaccine contain a very small amount of egg protein, so before giving it health providers would ask if you are allergic to eggs ?

NO MORE FROM NOW ON

Recent studies have shown that even individuals with confirmed egg allergy can safely receive the flu vaccine.

Extremely useful information with so many people now having allergies. This is so important for us all to know what to look for and what to do if we come across someone having a reaction. Thank you!

Definitely needed blog my nephew has a milk n egg allergy, i will signpost him to this blog as its written in a simple easy to understand way...